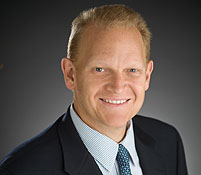 University Painters Founder Joshua D. Jablon was in college in 1986 when he started house painting as a summer job in the Philadelphia, PA area. During this time he worked as a house painter, paint crew foreman and later as an owner of a Franchised house painting business while attending college full time.

Joshua Jablon attended George Washington University in Washington, DC and Temple University in Philadelphia, PA. He completed his education with a Degree of Business Administration with a concentration in Finance. Josh lives in Delray Beach, Florida.